Model Overview
The 2007 Ford Expedition uses the new stiffer frame from the highly acclaimed F-Series pickup. The hefty structure has allowed the Ford engineers to tune the four-wheel independent suspension for an exceptionally smooth ride that helps to make the time spent in the luxurious cabin extremely pleasant.
Two wheelbases are available: the 119-inch Expedition and the 131-inch Expedition EL, which has 24 cubic feet of additional cargo space. Both versions can be ordered with either rear or four-wheel drive in XLT, Eddie Bauer, or Limited trim. All Expeditions, regardless of trim or wheelbase, continue to be equipped with a 300-horsepower5.4L V8 engine, though a six-speed automatic transmission is now standard instead of a four-speed. The two additional gears help this large and extra-large SUV accelerate with more vigor, and also improve fuel economy.

Ford allows those who desire to go all out. Load leveling air suspension, satellite radio, power pedals with memory, a reverse sensing system, a moonroof, a navigation system, a rear seat entertainment system, and a 9,200-pound tow package are all optional.

In many SUVs the third row of seats is suitable only for small children, but the Expedition's optional third row provides room for passengers taller than six feet. Standard bench seats or optional captain's chairs in the second row (and vice versa for the front) mean any Expedition can be configured to seat anywhere from five to eight people. 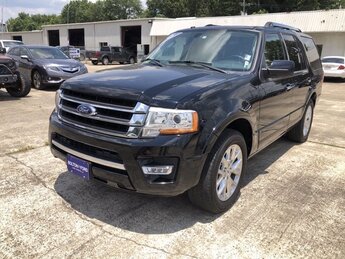 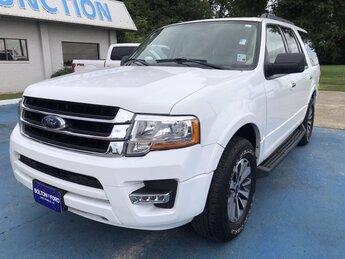 2017 Ford Edge Titanium
Gold
* Pricing - All vehicle pricing shown is assumed to be correct and accurate. Incentives, credit restrictions, qualifying programs, residency, and fees may raise, lower, or otherwise augment monthly payments. Additionally, incentives offered by the manufacturer are subject to change and may fluctuate or differ based on region and other considerations. Unless otherwise noted or specified, pricing shown does not include title, registration, or tax fees and costs.